Why BitMEX Just Invested In This South African Bitcoin Exchange

Two factors likely propelled 100x Ventures to invest in the exchange. First, it positions the company for additional growth in overseas markets. Second, it allows the firm to meet the demand for regional exchanges and trading services.

100x Venture's investment in VALR directly positions itself to gain exposure to a developing crypto market in South Africa.

BitMEX has remained a dominant force in the futures market for several years. But, regional investments allow BitMEX and 100x Group to diversify its business further.

According to data from Skew.com, BitMEX remains as the most dominant Bitcoin futures exchange in the global market. It has an open interest of $1.02 billion, more than double its competitors, like Binance and Bybit. 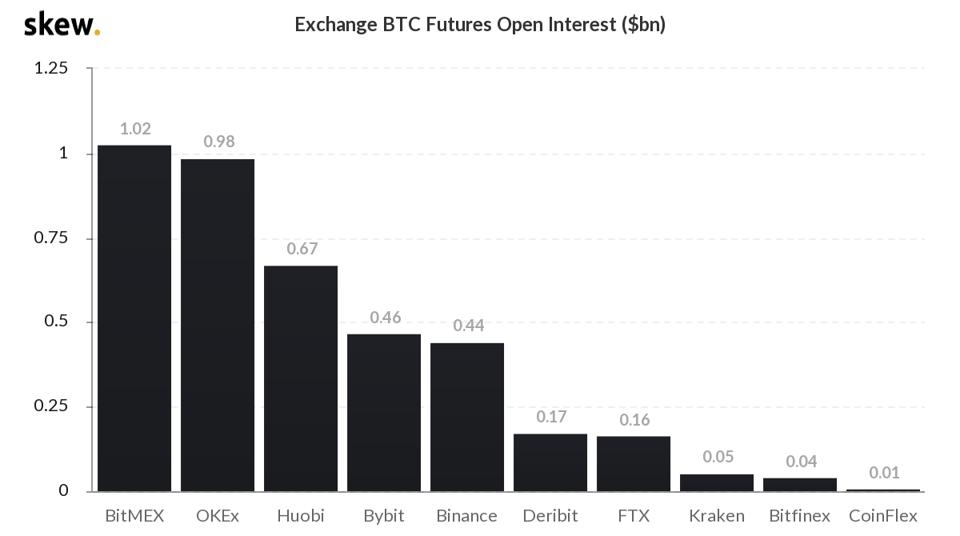 Another reason for the investment could have been the rapidly expanding regional peer-to-peer Bitcoin markets. In many countries outside of major cryptocurrency markets, there is a shortage of well-regulated and transparent Bitcoin exchanges.

Consequently, the volume of peer-to-peer exchanges that allow users to trade directly with one another began to surge.

Peer-to-peer trading is typically an alternative to exchanges in regions or markets that lack a proper exchange infrastructure.

Given the evident increase in demand for regional exchanges, the investment of 100x Venture fills a gap between major and relatively small crypto markets.

Arthur Hayes, the CEO and co-founder of 100x Group, said:

"South Africa has an incredibly exciting and fast-growing cryptocurrency ecosystem, and we believe VALR is well-placed to capitalize on future growth of bitcoin trading. In VALR we're backing not only a successful early-stage business, but a management team with the ability to scale operations significantly."

The Timing of the Investment Coincides With Positive Market Sentiment

After the highly-anticipated block reward halving in May, the hash rate of the Bitcoin blockchain network soared to record highs.

It shows that the mining sector is healthy, despite the abrupt decline in a large portion of their revenues.

A stable mining industry could cause selling pressure on the cryptocurrency exchange market to gradually decline in the medium-term.

The investment comes during a period when the sentiment is largely positive. The price of Bitcoin has tended to rally following every block reward halving, and some investors foresee a prolonged uptrend.

Jason Williams, the co-founder and partner at Morgan Creek Digital, said he expects a new all-time high for Bitcoin in 2020.

A confluence of the growing demand for regional exchanges, the need to diversify 100x Group's portfolio, and positive market sentiment appear to have led to the investment in VALR.