Bitcoin prices have crashed from levels of around $62,000 in mid-April to END_OF_DOCUMENT_TOKEN_TO_BE_REPLACED

They say you should never trade drunk and that is true, and END_OF_DOCUMENT_TOKEN_TO_BE_REPLACED

Ethereum’s (CCC:ETH-USD) rising popularity relative to Bitcoin (CCC:BTC-USD) may be based on END_OF_DOCUMENT_TOKEN_TO_BE_REPLACED

Investors can no longer avoid cryptocurrencies after they surged in 2021. Crypto END_OF_DOCUMENT_TOKEN_TO_BE_REPLACED

Bitcoin prices have crashed from levels of around $62,000 in mid-April to END_OF_DOCUMENT_TOKEN_TO_BE_REPLACED

They say you should never trade drunk and that is true, and END_OF_DOCUMENT_TOKEN_TO_BE_REPLACED

Ethereum’s (CCC:ETH-USD) rising popularity relative to Bitcoin (CCC:BTC-USD) may be based on END_OF_DOCUMENT_TOKEN_TO_BE_REPLACED

Investors can no longer avoid cryptocurrencies after they surged in 2021. Crypto END_OF_DOCUMENT_TOKEN_TO_BE_REPLACED

The Collapse of the Next “Bernie Madoff”

Imagine a Major League Baseball player batting .966 and no one suspecting a cheat…

Markopolos was referring to Bernie Madoff’s claimed investment returns. Supposedly, Madoff’s fund only had three down months out of 87.

Of course, Madoff wasn’t batting .966. His $65 billion Ponzi scheme was the largest in world history.

Markopolos stands out because he uncovered Madoff’s fraud years before the 2008 financial crisis exposed it to everyone else, collapsing Madoff’s fund in the process.

The thing is, the fraud wasn’t sophisticated. It only took Markopolos five minutes to figure out that the numbers didn’t add up.

Within hours, he could mathematically prove that Madoff was running a Ponzi scheme.

Markopolos proceeded to gather meticulous evidence. He alerted the Securities and Exchange Commission (SEC)—the federal agency that ostensibly protects investors—as early as 2000. But nobody there cared.

So, Madoff’s Ponzi scheme continued. It sucked in untold billions of doomed capital, and eventually wiped out droves of investors.

It’s a prime example of what can go wrong when people accept the false sense of security government agencies offer.

Now, a Ponzi scheme can only last as long as new money flows in to pay existing investors. In the end, it was the 2008 financial crisis that finally brought Madoff down.

The market meltdown caused a surge in redemptions from Madoff’s fund, which quickly exhausted his Chase account. This forced him to admit the whole thing was a scam.

By December 2008, the plain truth that was so clear to Markopolos eight years earlier was now clear to everyone else.

The point here is that frauds of historical proportion can hide and fester in plain sight for years, even decades.

I have no doubt that the next financial crisis—which I believe is not far off—will make the scheme crumble, just like the 2008 crisis did to Madoff’s fund.

When Colorado legalized recreational pot, the best pot stocks averaged peak gains of 24,000%. We saw it again right as California started selling recreational pot. Alliance Growers gained 1,400%... General Cannabis, up 832%... Maple Leaf Green World, up 516%. All these gains came in just six-months. And you can cash in too with little-known pot stocks when Canad​a goes fully legal on June 7th.

During the Pot Stock Millionaire Summit, today’s top marijuana researchers and investors will reveal the top 5 stocks set to soar when Canada goes fully legal. The event is free. Just reserve your spot.

Government employees get to do a lot of things that would land ordinary citizens in prison.

For example, it’s legal for them to threaten and commit offensive, rather than defensive, violence. They can take other people’s property without consent. They can spy on people’s emails, bank accounts, and smart phones whenever they please.

They go trillions of dollars into debt and stick the next generation with the bill. They counterfeit the currency. They lie with misleading statistics and use accounting wizardry no private business could get away with.

And that just scratches the surface…

The US government also gets to run a special type of Ponzi scheme.

According to the Merriam-Webster dictionary, a Ponzi scheme is:

[A]n investment swindle in which some early investors are paid off with money put up by later ones in order to encourage more and bigger risks.

In the private sector, people who run Ponzi schemes—like Bernie Madoff—are rightly punished. But when the government runs a Ponzi scheme, something very different happens…

When the Money Runs Out

There used to be a simple formula for a secure retirement. American workers would work for a big company for decades. Then, at a certain age, they were eligible for a monthly pension check for life.

Once common, pensions have virtually disappeared from the private sector. Essentially, only government employees get them now.

Naturally, the government isn’t subjected to the same constraints as the rest of us. It has no problem promising benefits it can’t afford to pay.

That’s because government revenue doesn’t come from the voluntary exchange of goods or services. It comes from taxes.

Of course, politicians only care about the next election. So there’s no way to hold them accountable in the long term. That’s why they automatically do the most expedient and irresponsible thing.

For example, near the peak of the late-’90s tech bubble, California’s legislature passed the largest pension increase in its history.

Politicians are always generous with other people’s money, especially when they’re feathering their own nests. The deal works… until the money runs out.

Today, with over $750 billion in unfunded public pension debt, California has one of the worst pension situations in the country.

Public pension plans in Connecticut, Pennsylvania, New Jersey, Kentucky, and Illinois are also bankrupting those states. Many other states and cities are in a similar boat.

Pension costs already consume more than 15% of the budgets of some big cities. That burden will only increase.

“Pension and health care costs for our employees are going to bankrupt this city.” 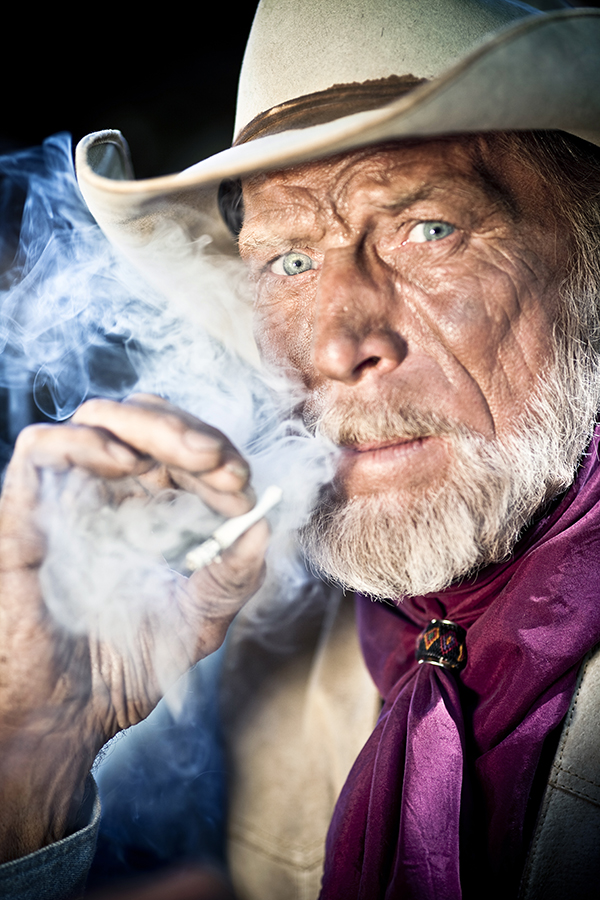 Nothing on earth is growing faster than the market for legal marijuana. If you want to make a fortune from the pot bull market of 2018, you’re invited to join the Pot Stock Millionaire Summit. Simply, reserve your spot and you’ll discover:

It’s bad enough that politicians give themselves and other state employees extravagant retirement benefits and stick taxpayers with the bill.

But the story gets worse…

Government pension plans can use all sorts of accounting wizardry that would land someone in the private sector in prison.

The single most important number for a pension plan is its assumed rate of return. This is the rate the plan’s investments are expected to make.

As in other areas of life, the government takes special privileges here. It uses accounting practices that the private sector can’t—not legally, anyway.

Lawrence McQuillan—a senior fellow at the Independent Institute—says that government pension plans “work on the assumption that they’re going to generate returns 25% higher than Warren Buffett every single year into perpetuity.”

These assumptions are totally disconnected from reality. In effect, they artificially shrink a pension fund’s liabilities, making it look more solvent than it really is.

I call it “Bernie Madoff math.”

This lets politicians contribute less money than the fund needs to be truly solvent. That, in turn, frees up money to bribe constituents for votes, or do whatever else the politicians want.

On average, government pension plans assume about a 7–8% rate of return (even after years of underperformance).

Lowering the rate of return to a more realistic number, even slightly, means politicians would need to contribute more. That means drastic spending cuts or higher taxes elsewhere.

This is why, in most cases, it’s politically impossible for a government pension plan to stick with anything close to realistic assumptions.

Even if tax rates double in places like Illinois, it still won’t solve the problem. And that’s assuming the overall tax collected stays the same—which it wouldn’t.

WARNING: You’re About to Miss Out on the Biggest Bull Market of 2018

It’s not Bitcoin… Not high-tech stocks… Not real estate. It’s marijuana… the fastest growing industry on earth. And on April 26th, during the Pot Stock Millionaire Summit… special guest Doug Casey will reveal how he became a marijuana millionaire with one penny pot stock. And the Casey Research team will also reveal their research on 5 pot stocks set to soar in 2018. If you want to become a marijuana millionaire in 2018… you’re invited to attend. The event is free, but you must reserve your spot.

Click here to reserve your spot to the event and
get additional free training.

It’s Only a Matter of Time

This is truly an unsolvable problem. And it’s making politicians desperate for every penny they can get.

On the upside, that desperation is making them open to new ideas. (Necessity has a way of quickly changing people’s minds.)

Because of that, I expect many states to further soften their marijuana laws as they look for more sources of revenue.

Last July I readers of my advisory, Crisis Investing, that financially distressed states like Illinois would turn to legal marijuana to help alleviate their problems.

Now, even The Wall Street Journal is catching on. It recently ran an article that said cannabis legalization has become a major issue in state politics. The article added that politicians have been “promoting legal marijuana as a painless way to raise money while avoiding tax increases.”

To date, 29 states plus Washington, DC have already legalized medical marijuana. And nine states (plus DC) have approved recreational use.

It’s only a matter of time before other states start cashing in on this trend, too.

Editor’s Note: Tomorrow, Nick will tell you why legal marijuana won’t solve the pension crisis—and why that doesn’t really matter for marijuana investors. Keep an eye on your inbox.

In the meantime, please take a quick moment to reserve your spot at the Marijuana Millionaire Summit, our upcoming online event with Doug Casey.

You m​ight think you missed your chance to turn a small stake into over one million dollars with marijuana stocks. But don’t worry. You could still make a bundle on pot stocks… if you position yourself now.

As Doug, Nick, and their colleague Justin Spittler will tell you, the 2018 marijuana boom is expected to be eigh​t times bigger than the first.

This online event is happening THIS THURSDAY, April 26 at 8pm ET. It’s free. But space is limited. Click here to reserve your spot now. 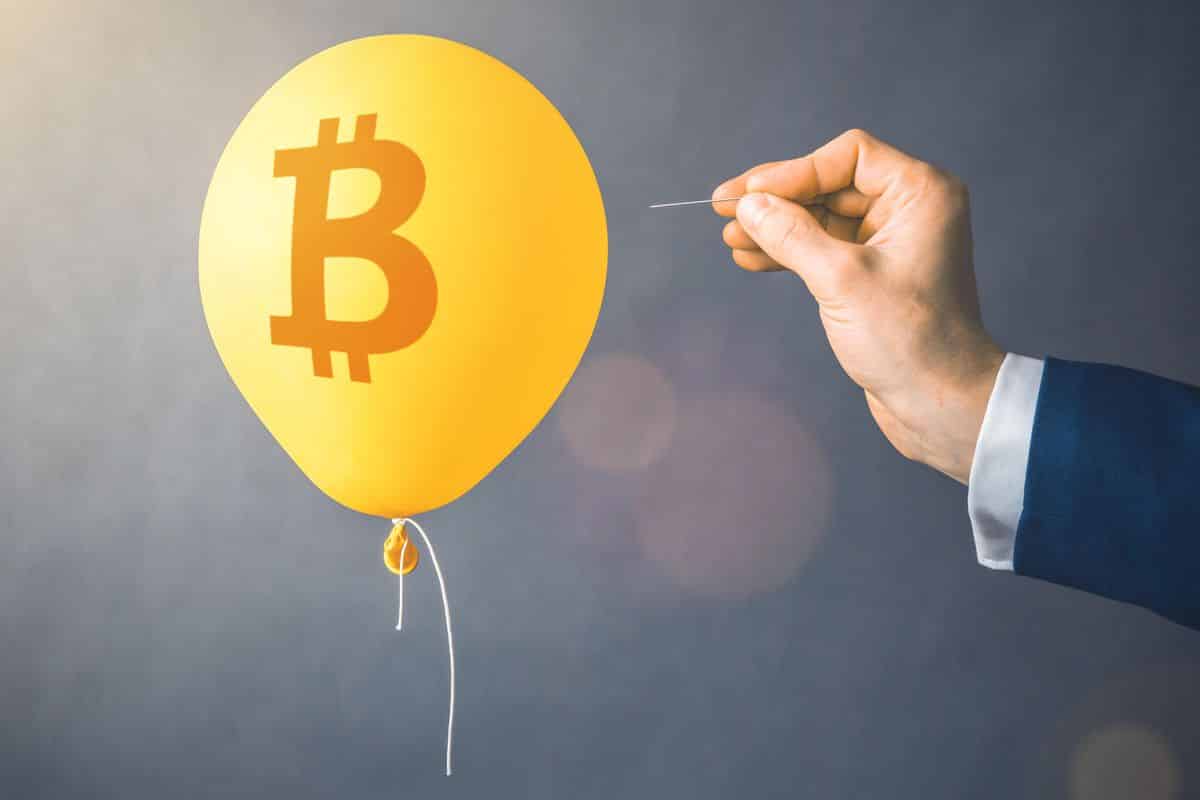 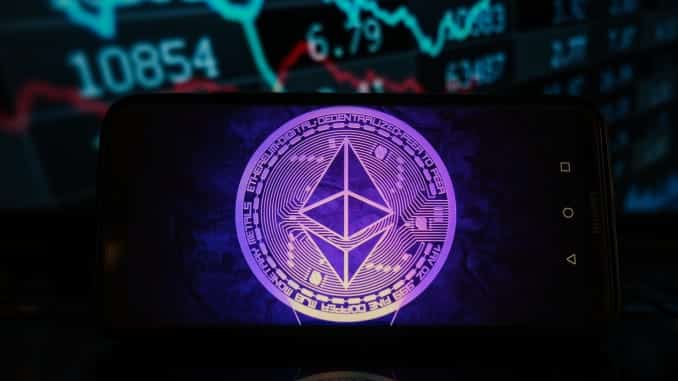 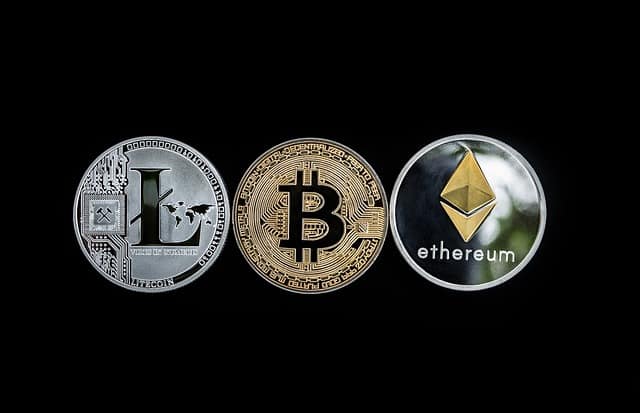