Institutional demand for bitcoin is soaring amid the coronavirus crisis, with multi-billion dollar bitcoin and crypto-asset manager Grayscale reporting its biggest-ever quarterly inflows of almost $1 billion.

Bitcoin demand has remained strong even as the bitcoin price treads water, with inflows into the Grayscale Bitcoin Trust, Grayscale's biggest and flagship fund, outpacing the creation of new bitcoin since the May supply squeeze.

New York-based Grayscale, which allows accredited investors to buy bitcoin and other major cryptocurrencies through its funds, recorded inflows of $905.8 million for its second quarter—nearly double the previous quarterly high of $503.7 million in the first three months of this year.

Institutional investors, primarily hedge funds, accounted for 84% of Grayscale bitcoin and cryptocurrency fund investment in the second quarter of 2020, up from 81% for the trailing 12 months. New investors represented 57% of the Grayscale investor base during the quarter, up from 49%—though they only accounted for $124.1 million of the inflow into the Grayscale digital asset products.

The bitcoin price has been hovering around $9,000 since bitcoin went through its fourth supply cut, known as a halving, in May; however, Grayscale sees the high demand for its bitcoin fund as a potentially "positive" sign.

"With so much inflow to Grayscale Bitcoin Trust relative to newly-mined bitcoin, there is a significant reduction in supply-side pressure, which may be a positive sign for bitcoin price appreciation," Grayscale wrote in its quarterly report, released on Wednesday.

Michael Sonnenshein, Grayscale managing director, was quick to point out those investing in Grayscale's bitcoin fund are not holding bitcoin directly.

"It’s also worth highlighting that comparing the rate of demand growth for a bitcoin access product like Grayscale Bitcoin Trust to the rate of newly-mined bitcoin is simply to illustrate supply and demand in the market," Sonnenshein said via email. "The comparison does not provide insight into the destination of any mined bitcoin during the measured period." 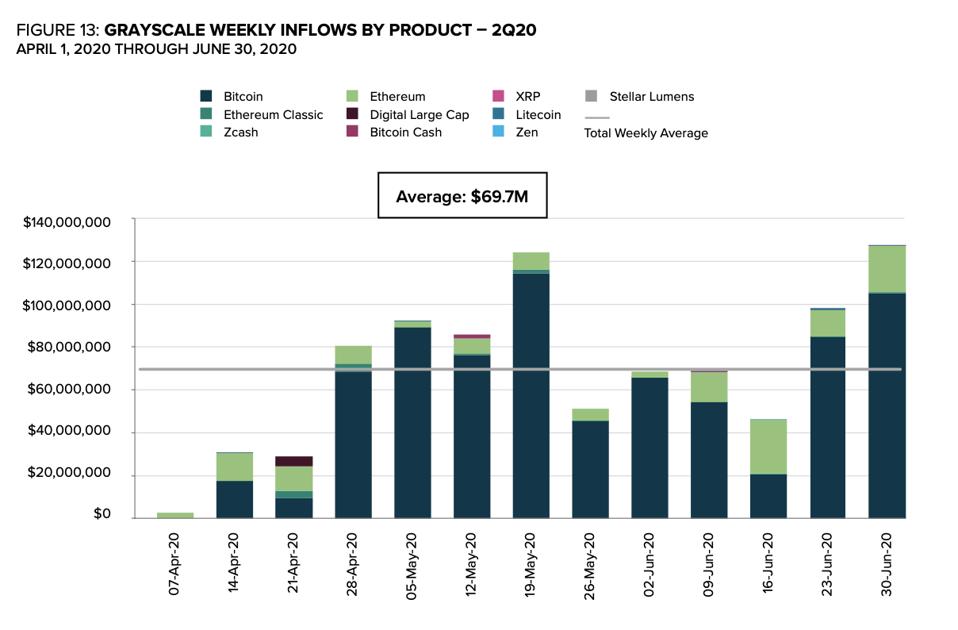 Others have criticised Grayscale's reporting, arguing the asset manager is buying much less bitcoin and other cryptocurrencies than thought.

"Grayscale buys way less bitcoin than many would think," Ryan Watkins, a researcher at bitcoin and crypto analytics firm Messari, said via Twitter.

"Factoring in 'in-kind' purchases, Grayscale has only bought 31% of all new bitcoins mined since the halving, far less than the 150%+ many have reported. This is just one of many misconceptions about Grayscale's trusts."

Meanwhile, Grayscale investors are ramping up their exposure to alternatives to bitcoin with total capital inflow for Grayscale's various altcoin trusts is up almost 650% over the past year.

Bitcoin, by far the most well-known cryptocurrency, is acting as something of a gateway drug, according to Sonnenshein.

"While the most common point of entry for our investors is through Grayscale Bitcoin Trust, the percentage of investors allocating to other digital assets is a strong indicator that there is not only demand for altcoins but also demand for diversification within the asset class," Sonnenshein said, pointing to data that shows 81% of returning institutional investors in the second quarter of the year have now allocated to multiple Grayscale products, an increase from 71% over the trailing 12 months.

Grayscale's Litecoin Trust and its Bitcoin Cash Trust recorded their largest inflow since the second quarter of 2018. 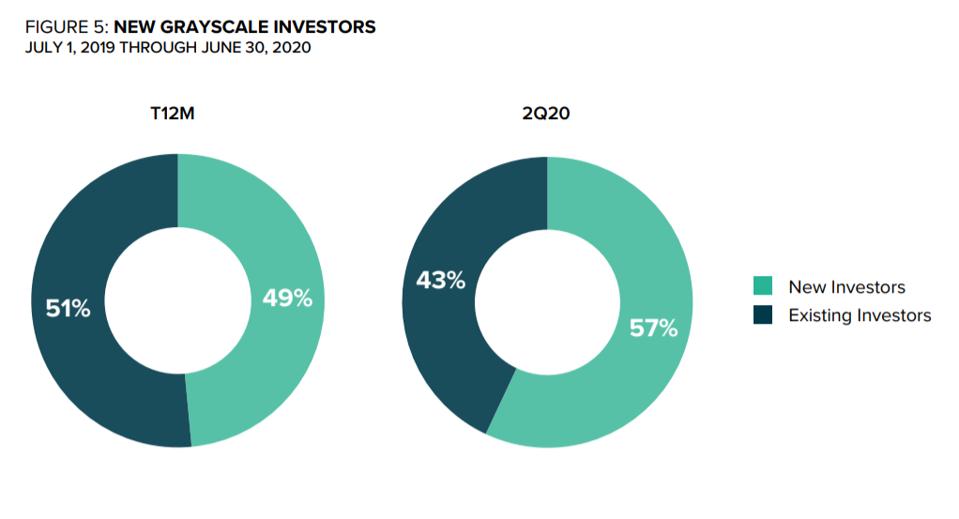 One reason behind the surge in investor demand for Grayscale's bitcoin and cryptocurrency funds is the coronavirus crisis and the massive government and central bank stimulus measures put in place to offset the economic damage it wrought.

"Over the past quarter, investor conversations have often centered on the unlimited fiscal stimulus being injected into the system," Sonnenshein said. "This is increasingly being examined in the context of bitcoin’s verifiable scarcity, an attribute that provides investors with conviction that bitcoin may help them build more resilient portfolios."

"When you have so much uncertainty and there's growing spots of deflation, holding something other than cash makes sense, especially in the developing world," said Silbert, speaking on Grayscale's investor call.