The price of Bitcoin (BTC) dropped 3% in less than three hours as the U.S. stock market plummeted. Following the pullback, most traders are neutral or slightly bearish on the short-term trend of BTC.

Traders and on-chain analysts are now pinpointing $12,500 and $11,973 as the two levels to watch for the continuation of the Bitcoin rally. 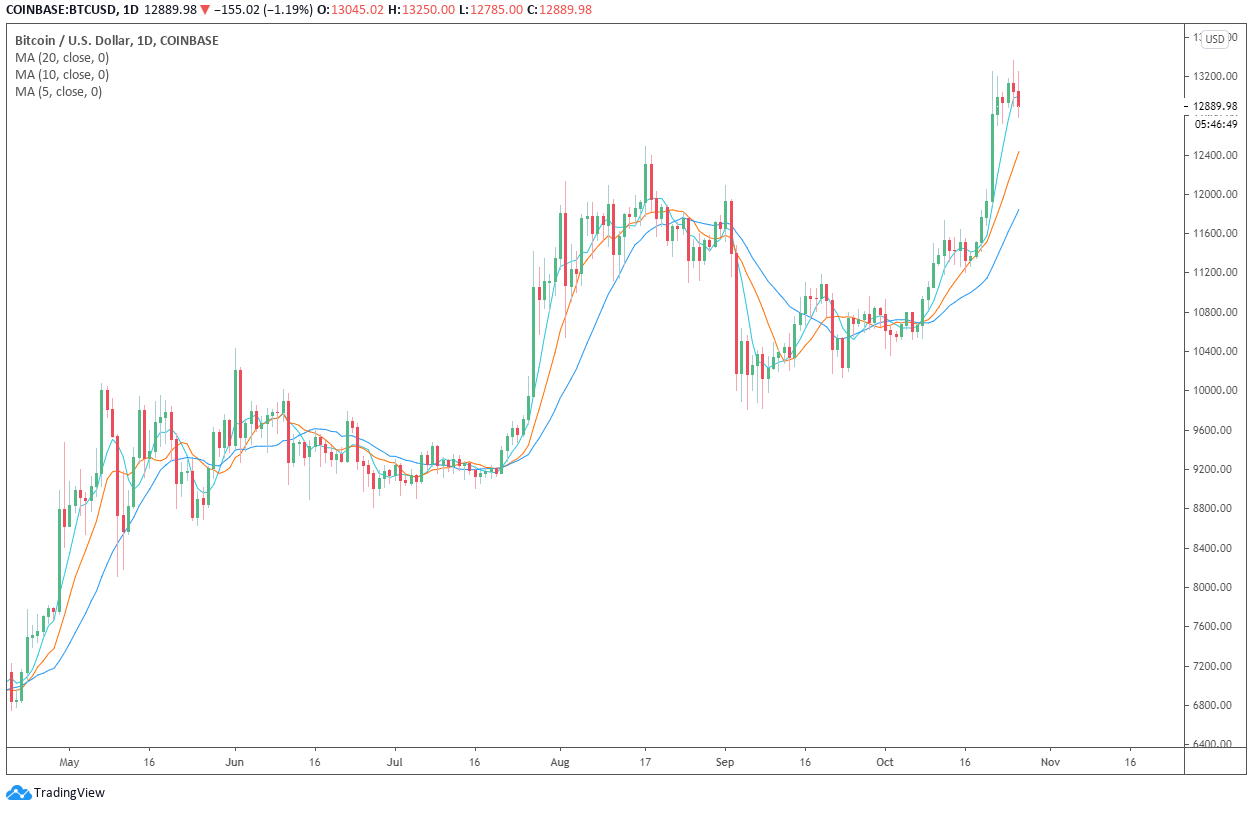 The Bitcoin price dropped sharply on the day due to the confluence of major macro factors.

JPMorgan said the re-election of U.S. President Donald Trump would be the most favorable outcome for the stock market. The investment bank’s analysts wrote:

“We see an ‘orderly’ Trump victory as the most favourable outcome for equities.”

Given that the expectations of a Democratic sweep remain relatively high, it could have caused the markets to rattle.

Atop the election risk, the U.S. recorded a new peak in daily COVID-19 cases. Alongside the fear surrounding the pandemic, House Speaker Nancy Pelosi reportedly said the Trump administration is refusing the stimulus package.

The Dow Jones Industrial Average (DJIA) plunged by nearly 1,000 points in a single session. As the U.S. stock market plummeted, BTC slumped, declining by around 3.4% in several hours.

Despite this, technical analysts believe it is difficult to conclude that the dominant cryptocurrency will see a prolonged pullback.

For now, the $12,500 support level remains a critical area for buyers to defend for three reasons.

First, it is near the 10-day moving average on the daily chart of Bitcoin. Second, it is the top of the previous peak on Aug. 17, which makes it a key support level. Third, it has large whale clusters, which makes it an area of interest for high-net-worth investors.

As long as BTC defends $12,500, the chances of a bullish uptrend remain high. If Bitcoin can remain above $11,973 despite the swift pullback, then the short-term outlook remains particularly bright. 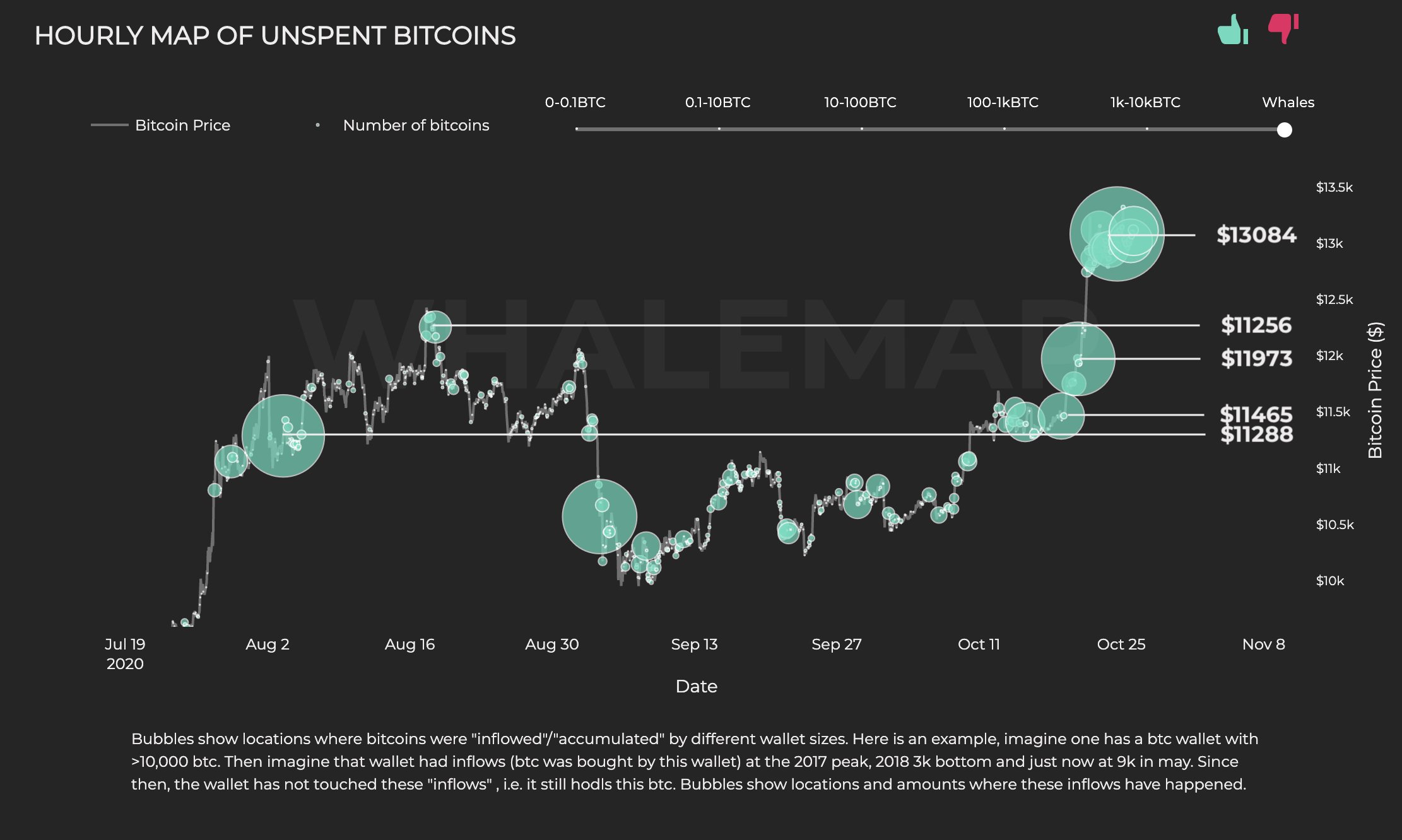 Researchers at Whalemap, which tracks the activity of Bitcoin whales, identified $11,973 as the level to uphold the uptrend. They said:

A support retest may strengthen the current BTC uptrend

Even if BTC tests the low $12,500 support level, traders believe that this could make a healthier uptrend for BTC.

The price of Bitcoin rose by 15% since Oct. 17 with barely any pullback, demonstrating strong momentum. Following such a large rally, a consolidation phase or a short-term pullback could be beneficial for BTC. Cryptocurrency trader Scott Melker said:

“I have orders from $12,100 to $12,500 in case we see a retrace on the daily TD9. As I have said, I would ideally like to see a healthy retrace to gather more steam for the next push up. A deeper retrace then drawn below would be better.”

These 5 Altcoins Are Beating Every Major Cryptocurrency This Week