‘If You’re Not A Billionaire’ in 10 Years ‘It’s Your Own Fault,’ Says 20-Year-Old Bitcoin Tycoon

Bitcoin has mounted an uncanny resurgence from the depths of a virtual winter for the cryptocurrency market, with bullish, long-term investors extolling the virtues of digital assets as the opportunity of a lifetime and touting the benefits of sticking it out through the volatile price swings.

One such bitcoin proponent, Erik Finman, harbors an unusually upbeat prediction for the enterprising few, willing to take a chance on bitcoin and blockchain.

Finman told MarketWatch in a Tuesday interview that bitcoin, and its ilk, could be a veritable lottery ticket for those with the intestinal fortitude to hold on to or invest directly in the asset for at least the next decade.

Finman said bitcoin could certainly mint more than a few millionaires, over time, reiterating comments that he had made to Business Insider Germany back in January.

However, he told MarketWatch that he was willing to take those earlier comments one step further as bitcoin rebounded from its recent lows:

“I 12,000% believe that,” he said, “I believe that you could be a millionaire by investing in blockchain and bitcoin.” He said blockchain, the technological backbone for crypto assets like bitcoin and bitcoin cash could translate into massively rewarding investments.

“I will double down on that [earlier comment] and say that if you’re not a billionaire in the next 10 years, it’s your own fault,” said the investor, who reportedly became a millionaire by his late teens on bitcoin investments and opted not to attend college to pursue his entrepreneurial passions.

Finman’s statements come as bitcoin has been on a tear lately, topping $8,000 in recent trade after putting in December low of $3,194.96. 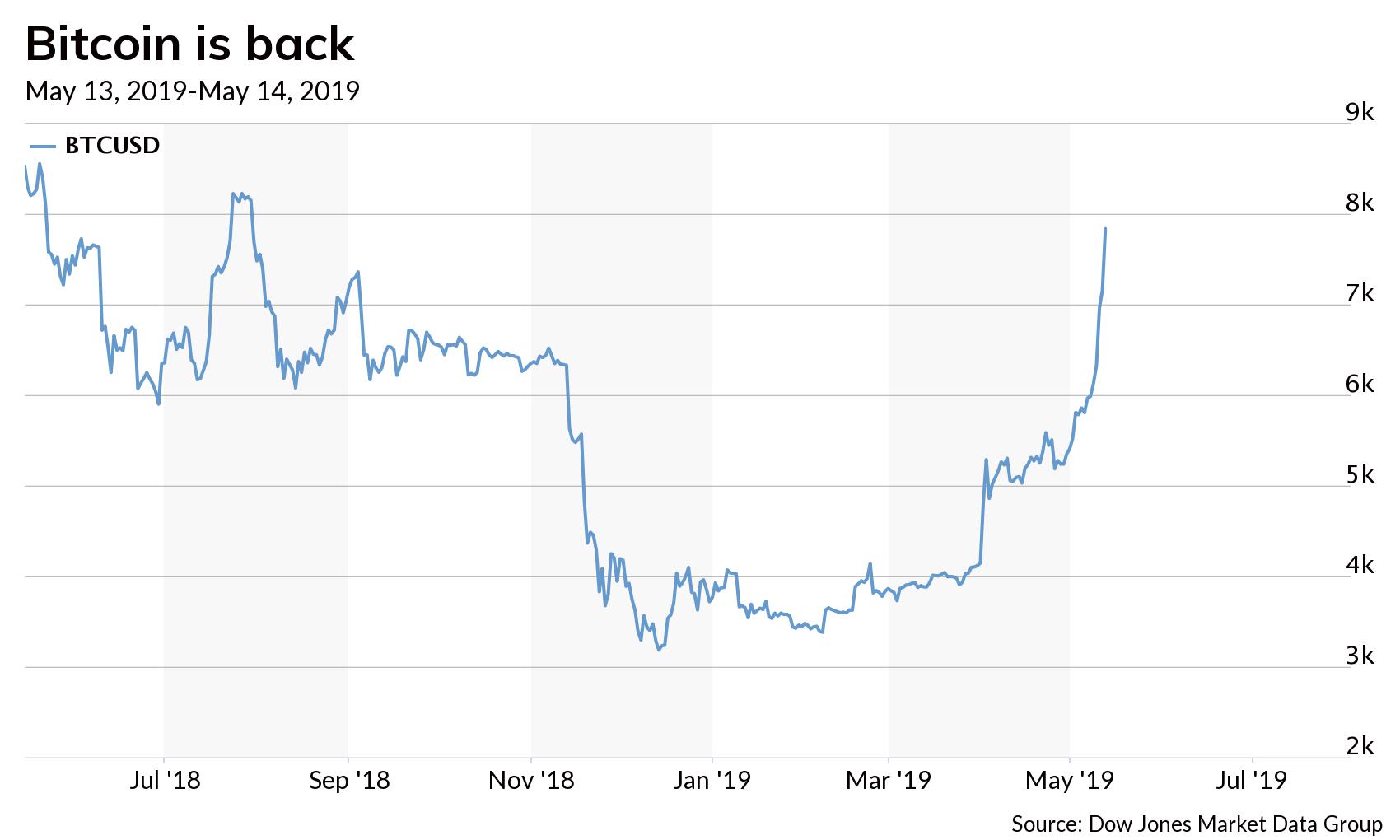 Put another way, bitcoin futures trading on Comex have climbed nearly 120% year-to-date, according to FactSet data. By comparison, the Dow Jones Industrial Average has risen 9.8% so far this year, the S&P 500 index has gained 13.5% and the Nasdaq Composite Index has advanced nearly 17% over the same period.

To be sure, the digital currency stands 60% from its all-time high back in late December of 2017. 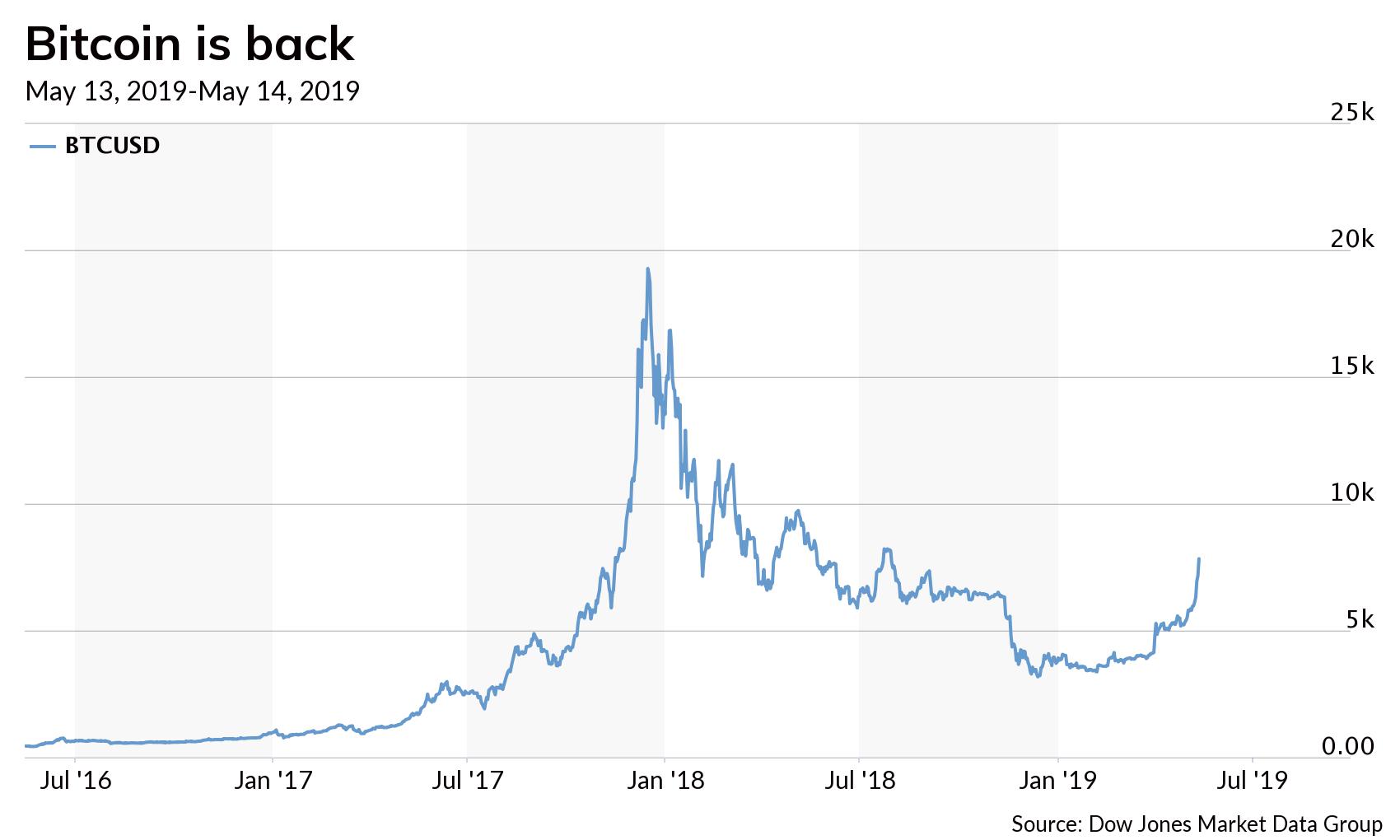 Finman, notably, has accumulated bitcoins (and sold some at around $18,000), and other digital assets, since he was a tween, and amassed a sufficient fortune to be considered a millionaire before he turned 19. He moved to New York City in February and said he currently holds roughly 450 bitcoins, which would be worth about $3.6 million based on current prices.

The investor who was born in California and raised in Coeur d’Alene, Idaho, described the recent rebound for bitcoin as a “a longtime coming,” and attributed the rally to three factors:

Finman views the state of bitcoin and blockchain as similar to the internet in its late-1990s and early 2000s infancy. With that in mind, he believes that investment in the industry now could equate to early investments in companies like Amazon.com Inc. ​which started as a simple way to sell books but now boasts a market cap of $912 billion.

Of course, it’s impossible to know today how investments in bitcoin and blockchain will turn out and therein lies the risk. Digitally-pegged assets could go to zero; but, perhaps, it is worth noting that the bank of one of the world’s most outspoken bitcoin critics, Jamie Dimon, is experimenting with blockchain to help facilitate settlements.