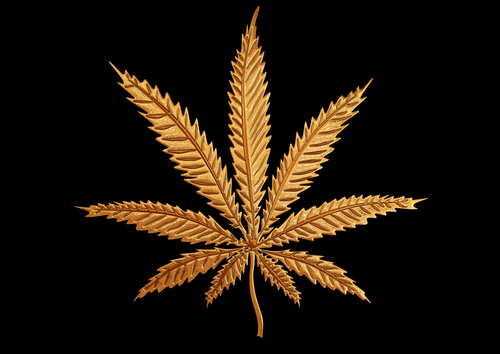 Editor’s Note: Cash-strapped states are quickly turning to legal marijuana to alleviate their budget problems. However, this is only one of the many catalysts accelerating the 2018 legal marijuana boom.

This can only push marijuana stocks higher. One investment bank thinks that Canada’s marijuana market could soon be worth as much as $10 billion.

Marijuana millionaires and billionaires will come out of this. But you don’t have to work in the industry to make a fortune. Everyday investors can get rich off the marijuana boom, too.

For more on this, Nick passed along a recent chat he had with his mentor, Casey Research founder Doug Casey. You’ll find Doug and Nick’s conversation below.​

Nick Giambruno: Doug, I think cannabis will become a mainstream big business over the next few years. Mainstream companies are already working to commercialize this useful plant in various ways. What’s your take?

Doug Casey: I completely agree. Pot has been proven to have huge medical applications. I think there’s going to be a big recreational market too, at least the size of that for alcohol. And industrial applications for hemp, as a substitute for cotton in fabrics and wood pulp in paper, are gigantic. In fact, these applications will eventually dwarf other uses for hemp.

Nick Giambruno: Have you invested in the space? 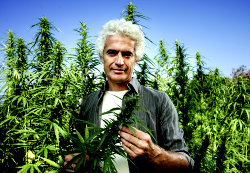 We’re in the middle of the biggest pot boom of our lifetime. But marijuana is federally illegal in the U.S. Today’s biggest opportunities to profit from the most lucrative cash crop on earth are in Canada.

The Pot Stock Millionaire Summit reveals the smart way to invest in some of the biggest marijuana farms and producers on earth. And these Canadian pot stocks all trade on the U.S. exchanges. The Pot Stock Millionarie Summit is free to attend. All you have to do is reserve your spot by clicking here.

I bought 500,000 shares of one, a couple of years ago, at a dime per share. I rarely put money in private start-ups—70% of the time they go to zero. In its last round, however, this company privately raised money at $2.25 per share. It looks like they’re going to bring it public at around $4, and if the market’s hot it will go to $10. Potentially a big hit. It has the potential to be a 100-bagger. You need one of those occasionally to compensate for the inevitable losses of putting money in private companies where you’re a minority shareholder.

At that point, I’ll have to figure out whether it’s a real business or just a fortunate speculation. But the big gains in cannabis stocks are still ahead of us. Most of the public companies are still far too small for institutional investors. The big money has yet to participate.

Nick Giambruno: That’s just a taste of the profit potential in this space. Of course, all of these lucrative profits used to be underground.

Doug Casey: I have a number of friends from the ’60s and ’70s who made it big in the pot, coke, and psychedelic trade. The penalties were minimal in those days, the narcs were few and inexperienced, and competition was light. Hippy entrepreneurs of the day tended to get into either drugs or computers.

Nick Giambruno: Recreational marijuana is legal in Colorado, where you live part of the year, Doug. What have you seen?

Doug Casey: I live in Aspen during the northern summer. The little town has at least five pot shops. They’re all coining money. Their big problem is the banks won’t accept their cash deposits, for fear of getting crosswise with the feds.

From what I can tell in Colorado there’s much less abuse than there was in the old days. I also spend a lot of time in Uruguay where it’s legal, and Canada where it’s practically legal. Legalization has—perhaps counterintuitively, and surprisingly to many—radically reduced abuse in those jurisdictions as well. Legalization makes sense in every way, and the trend is going to spread worldwide. 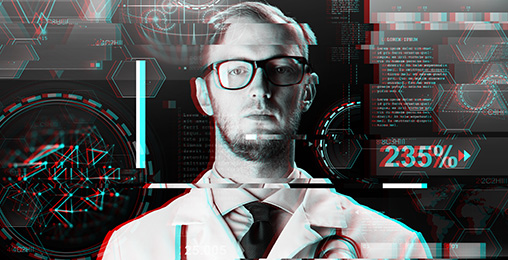 Pot Stock #1: The safest bet in American marijuana: the dividend-paying pot stock.
Pot Stock #2: The first “Superstore” of pot. On track to be the go-to source for marijuana growers & producers.
Pot Stock #3: The company with a lock on the product that every legal marijuana sale in the country will need.
Pot Stock #4: The company on the verge of becoming the main distributor of pot and delivering more marijuana to more homes than any other company on earth.
Pot Stock #5: The Canadian company introducing a revolutionary model to the marijuana industry. Click here for details.

Nick Giambruno: The US government still classifies marijuana as a Schedule 1 drug. In other words, the feds consider marijuana as dangerous as cocaine or meth.

And I’m sure you remember when Jeff Sessions, Trump’s attorney general, infamously called marijuana “slightly less awful” than heroin. Comments like this have kept a lot of people from investing in marijuana.

Doug Casey: Well, let me preface this by saying Sessions was a disastrous choice for Attorney General. He’s done nothing in his life but act as a prosecutor, and a politician. He has no experience—and therefore probably no inclination or even ability—to produce things of tangible value.

But we almost always get undesirables as the AG. They’re hatchet men, meant to prosecute “the enemy,” taking their pick of the hundreds of thousands of laws and regulations on the books to do so. Look at some of the recent AGs—Loretta Lynch, Eric Holder, Alberto Gonzales, John Ashcroft, Janet Reno. All of them would have been willing and obedient lapdogs to Stalin or Beria. A certain personality type is suited for the job.

Sessions is a rabid drug warrior, even against something as useful and benign as hemp, or marijuana. He’s a busybody who feels no guilt or remorse at enforcing laws that have destroyed the lives of tens of millions. I don't know if he's stupid, bent, thoughtless, paranoid or what his problem might be. Maybe he’s afraid that if pot wasn’t illegal he’d become a dope fiend himself. But the proper direction, the objective, is to legalize all drugs. Not amp the drug war up another notch, as he wants to do.

Canada Is Set To Legalize Pot  on June 7th 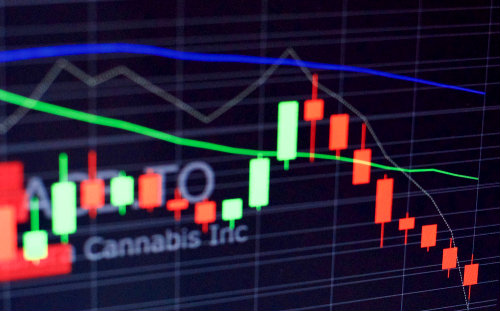 When Colorado legalized recreational pot, the best pot stocks averaged peak gains of 24,000%. We saw it again right as California started selling recreational pot. Alliance Growers gained 1,400%... General Cannabis, up 832%... Maple Leaf Green World, up 516%. All these gains came in just six-months. And you can cash in too with little-known pot stocks when Canada goes fully legal on June 7th.
During the Pot Stock Millionaire Summit, today’s top marijuana researchers and investors will reveal the top 5 stocks set to soar when Canada goes fully legal. The event is free. Just reserve your spot.
Reserve your spot to the Pot Stock Millionaire Summit—It’s FREE.

Nick Giambruno: Fortunately, we can make money in the industry no matter what the US government does.

Doug Casey: There are dozens of marijuana companies out there already. A bunch more will come public. The marijuana market is going to get hot—notwithstanding my bearishness on the economy and stocks in general.

Nick Giambruno: Thanks for sharing your insights, Doug. I agree.

On top of that, it’s pushed hundreds of billions of dollars in marijuana profits underground. Almost all of that money has been off-limits to regular, law-abiding investors like yourself, until now…

Doug Casey, Nick Giambruno and Justin Spittler want to show you how to get in on the ground floor of today’s most promising marijuana companies. You’re invited to join them TOMORROW, April 26 at 8PM eastern time for a free online event. It’s called the Marijuana Millionaire Summit.

Space is limited. So click here to reserve your spot now.

A Taste of Bad (and Good) Things to Come

The Collapse of the Next “Bernie Madoff”