Don’t Bet On Bitcoin For Another Rally Based On Fundamentals; At Least Not Yet

On 10 May, when Bitcoin registered a massive drop from $9900 to $8100 right before the halving, the community was quick to temper its expectations of a rally post-halving, with many believing that a period of struggle will commence for the world’s largest crypto-asset from here on.

Lo and behold, that hasn’t been the case at all, as the cryptocurrency has steadily consolidated its position over the past few days. Since the halving, Bitcoin has continued to show signs of resilience and at press time, was valued at over $9573. 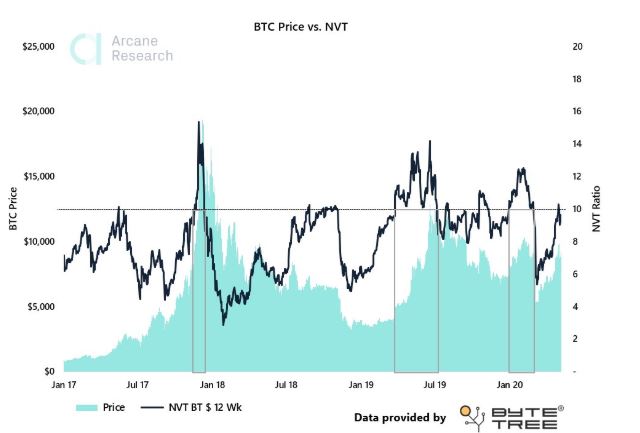 According to recent data provided by Arcane Research, it was observed that Bitcoin’s Network Value to Transactions or NVT is suggestive of a higher-paced growth in 2020. Following its steady climb on the charts over the past 12 weeks, the NVT ratio has now crossed 10. This is an interesting finding since similarly high levels were last witnessed back in 2017 and 2019.

The increase in network traffic can also be identified by the fact that Bitcoin‘s on-chain fundamentals have been off the charts lately. In fact, data from Glassnode insights revealed a consistent rise in the number of BTC addresses with 0.01 BTC and 0.1 BTC, while recently, it was also identified that the number of active entities had reached levels last seen back in 2017.

The increasing number of active entities suggested that a number of unique addresses were coming into the Bitcoin network.

Additionally, Arcane also highlighted that over the past week, the 7-day average trading volume reached its highest levels since the start of 2020. High volume trades of $2-3 billion on a regular basis have pushed the average trading volume above the average range again. This finding is an extension of Kraken’s recent blog, with the same suggesting that both selling volume and high buying volume are equally essential towards the solidification of any bullish rally. 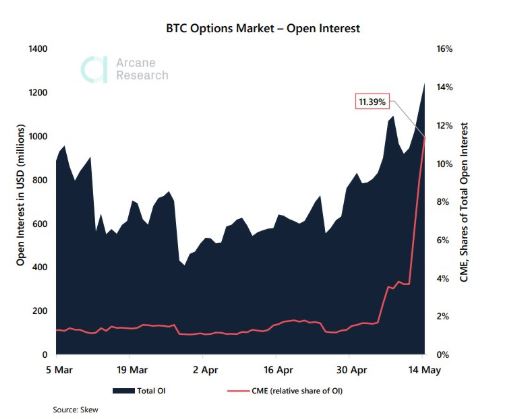 Speaking of the derivatives market, Bitcoin Options have also surged to its all-time high Open Interest over the past week, completing a widely positive turnaround for Bitcoin after the halving event. The Fear and Greed Index for Bitcoin also continued to hover over the 40 rating mark.

Will this momentum go on throughout the year?

It just might, but you cannot ignore the question marks around it.

In spite of the on-chain improvement, it is important to note that the industry is only three days into the post-halving period. Hurdles with respect to miner capitulation can still come into play over the next few weeks and currently, it is a question of how long the post-event bullish momentum will be maintained.

If prices consolidate above a certain higher range backed by continuous improvement of statistics, Bitcoin might as well see more periods of growth in the future, but it will come down to the If at the start of this sentence.