All posts in "Blockchain"

Riot Blockchain, Inc. (RIOT) Gains But Lags Market: What You Should Know

Riot Blockchain Stock Will Continue To Be Riotous

With Bitcoin (CCC:BTC-USD) and other cryptocurrencies surging, investors have been scrambling to find stocks to play this trend. One is Riot Blockchain (NASDAQ:RIOT). Interestingly enough, until recently the company was mostly ignored, trading in a range of $1 to $2 a share. But since late October, RIOT stock has become one of the hottest plays […]

How To Invest In Blockchain Stocks In 2021

Blockchain’s PromiseHow can you invest in blockchain stocks in 2021?The last time Tracey and Dave got together to discuss the blockchain stocks was on July 3, 2018.Back then, there were slim pickings but some familiar names.Square was discussed three years ago but not because it had bought some Bitcoin like it’s doing in 2020 and […]

Some folks would say that cryptocurrencies like Bitcoin (CCC:BTC-USD) are the future of money. But if you’re in the crypto camp, then you might want to check out cryptocurrency-mining technologist Argo Blockchain (OTCMKTS:ARBKF). There has been a significant recent development concerning ARBKF stock.And when I say, “significant recent development,” I’m not just referring to the […]

Will The Real Riot Blockchain Please Stand Up?

Colorado-based cryptocurrency miner Riot Blockchain (NASDAQ:RIOT) appointed board member Jason Les as its chief executive officer on Feb. 8. RIOT stock has more than doubled since the company appointed the Bitcoin (CCC:BTC-USD) expert to be its leader.While the stock pulled back in recent days, it’s still up more than 90% since that announcement. There’s no […]

7 Blockchain Stocks To Buy To Go Beyond Crypto

Although cryptocurrencies have revolutionized the investment markets, they’re also incredibly risky. I would know. Recently, I explained that I had to exit out of the Bitcoin (CCC:BTC-USD) sector because it was too much. However, for those who are considering virtual currencies, you may be better served with blockchain stocks.First off, I simply don’t know where […]

4 Ways Blockchain Could Catapult Into the Mainstream

Revolutions are the product of the masses, not the elites.  Accordingly, we need to update the blockchain narrative to something more easily palpable for the average consumer and get on a path of attracting the millions of users.  William Mougayar, a CoinDesk columnist, is the author of “The Business Blockchain,” producer of the Token Summit […]

Is Nvidia the Best Blockchain Stock?

Blockchain has emerged as one of the most disruptive forces in the technology sector. However, while several people still prefer to invest via the cryptocurrency market, there are better options for those inclined to stocks. Graphics processing unit manufacturer Nvidia Corp. (NASDAQ:NVDA) has been the preference for those looking to invest in the massive adoption […]

Until recently, the use of blockchain in elections was perceived as nothing more than an experiment. However, during the recent United States presidential election, some tried to turn the public’s perception of the possibilities of blockchain technology. For example, the Associated Press, one of the largest U.S. media outlets, published the election results on the Ethereum and […]

As Bitcoin approaches all-time highs and regulators warm to embracing digital assets, advances in encryption and security of a blockchain-built infrastructure are emerging as cryptocurrency’s next innovation opportunity, according to Sarson Funds, a cryptocurrency education firm and investment platform. Key Takeaways: Sarson Funds believes now is the time to start looking at how the market […] 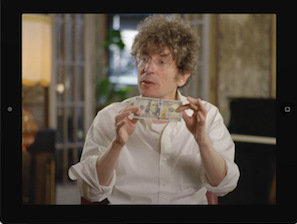