According to data from on-chain analytics resource Skew, as of Oct. 22, Bitcoin options were moving in favor of higher prices continuing in 2020.

On social media, Skew said that the probability data was “repricing quickly” in the aftermath of Bitcoin hitting $13,200. 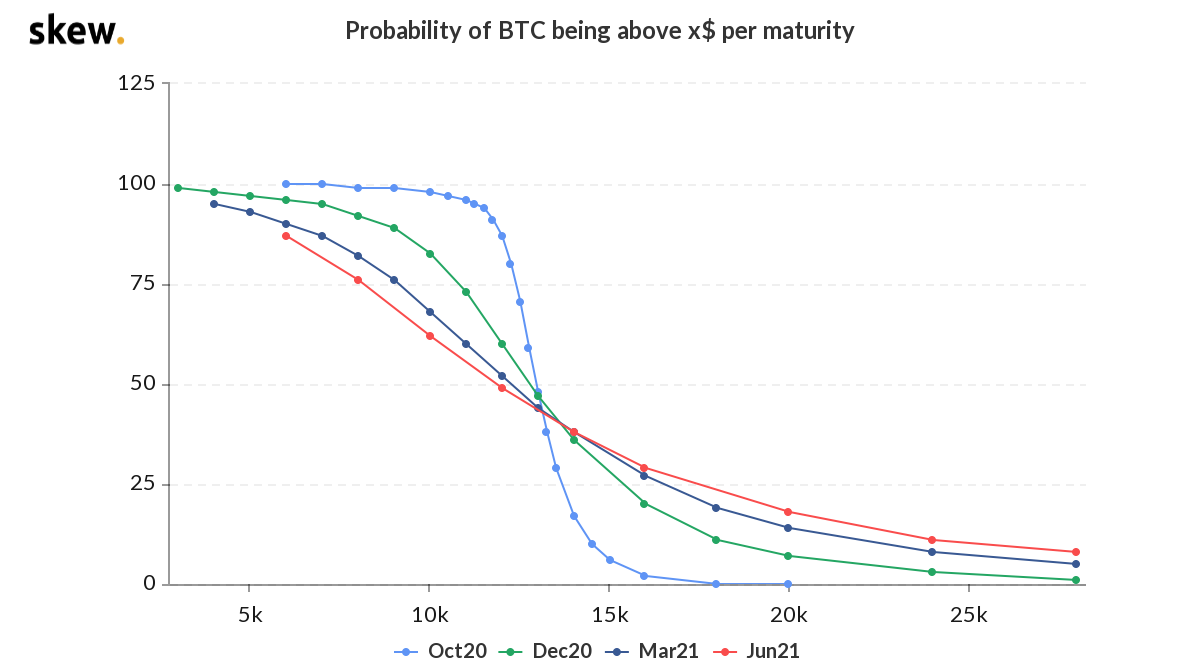 As Cointelegraph reported, the mood among institutional investors remains skewed to the upside despite the higher price levels. The latest commitments of traders (COT) report from CME Group, for example, showed that institutions were overwhelmingly long rather than short BTC.

On Wednesday, statistician Willy Woo noted that huge amounts of liquidity had been removed from speculative arenas by investors keen to store coins for the long term. Woo described the event, which involved 250,000 BTC ($3.24 billion), as “the mother of all scoop-ups.”

“Where did the supply come from? 250k coins ($2b+ USD) have been scooped off the speculative stock on spot exchanges into HODL,” he tweeted.

“This is where the supply has come from thus far, and it was the mother of all scoop ups, previous bull runs were powered by iddy biddy tiny scoops.”

The organic nature of the behavior which led to the price rise has not gone unnoticed. For Charles Edwards, founder of digital asset manager Capriole, this was a unique phenomenon in Bitcoin’s twelve-year lifespan.

“This pump is organically spot driven. There is almost no order book resistance,” he tweeted on Thursday.

“Yes things can change quickly, it's crypto. But this is a very healthy move. Something we have never seen before at 12K plus #bitcoin.” 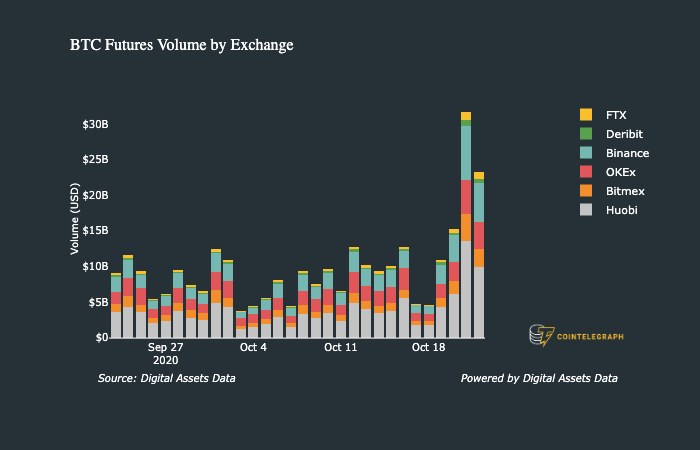 Nevertheless, Bitcoin futures trading volume has also nearly tripled in the past two days compared to levels seen earlier this month as the price of Bitcoin overcame $12,000.

These 5 Altcoins Are Beating Every Major Cryptocurrency This Week