Bitcoin is meant to be an uncorrelated asset and this is/was a positive. However, it is clear that right now bitcoin correlates with stocks very closely: 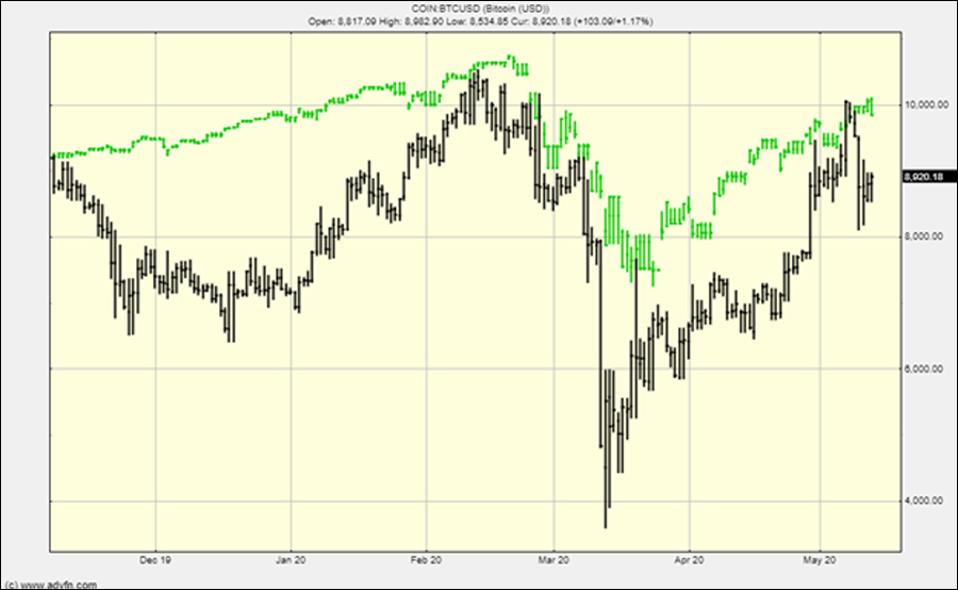 It doesn’t take a technical analysis savant to see it—the correlation is glaring. This isn’t great news to me because I have a bunch of bitcoin and I believe stocks will tank horribly very soon.

As such, I will retreat into the specious cry of “‘correlation is not causation.” I actually abhor this idea as it is broadly wrong except at the margin. The idea is that two things can appear to correlate but they are entirely unlinked. It can happen, but even the examples given often show simply a lack of understanding of the linkage rather than there is none at all.

Let me unpack that. An example of the idea that correlation is not causation is the correlation between levels of cheese consumption and people who die strangled by their bedsheets. It’s a darkly humorous example, but to me I say everyone knows cheese gives you nightmares and if you are thrashing about in bed asleep your chances of coming unstuck in your bedsheets goes up! As such, when you see correlation you would do well to find the hidden link rather than dismiss it.

You don’t have to look far to find the link. It is of course liquidity and the giant ejaculations of it by the market nationalizing Federal Reserve. Both the stock market and bitcoin are responding to it and the inflationary impact of these monetary stimuli.

The only way stocks are going to keep ascending is if the market thinks large scale inflation is coming because there are no buybacks coming and a certainty of a slump in earnings universally baked in. If inflation is coming then stocks will nominally be fine, even though the money they represent will be devalued. Bitcoin (BTC) will as I have said before, go off the dial.

Others will argue that the world will stash this new cash and it will entombed like gold bars in a wreck at the bottom of the sea. It could happen.

What is by far and away more interesting however, is that bitcoin leads moves in the S&P 500: 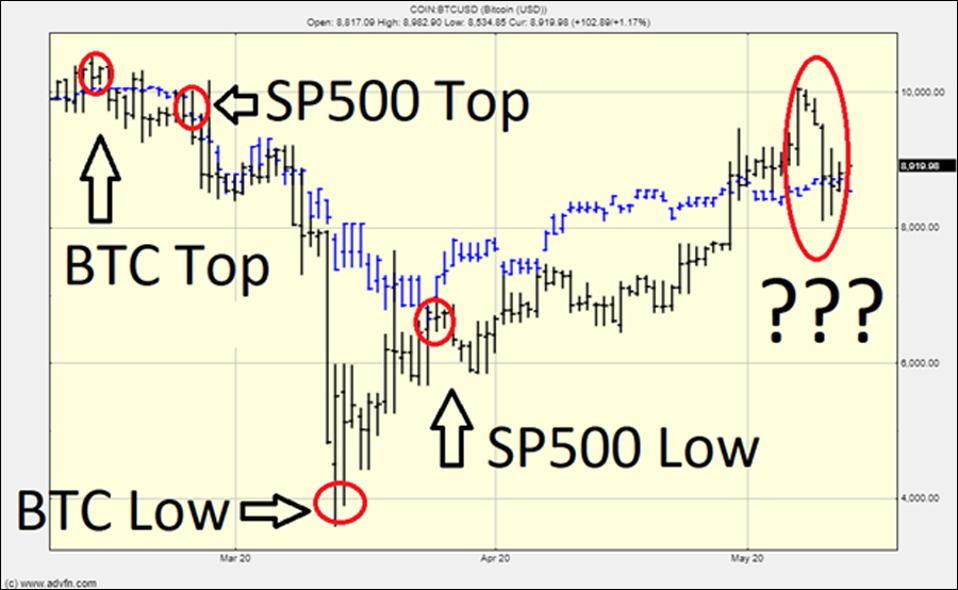 Until stocks and BTC decouple, bitcoin is going to be a valuable leading indicator for stocks. That will happen when the spigots of liquidity are turned off and if they are not then inflation has to follow.