A Taste of Bad (and Good) Things to Come 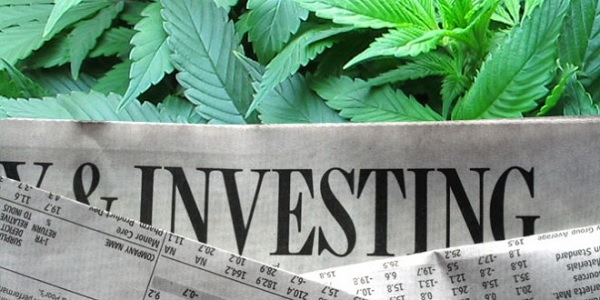 Editor’s Note: Yesterday, Nick Giambruno told you why public pensions are an epic government Ponzi scheme, far more dangerous than anything a private crook like Bernie Madoff could create.

Today, he explains why the next financial crisis is close at hand, how it will inevitably unravel public pensions, and the two key commodities set to boom in the process.

It was the biggest one-day point drop in history…

To most people, the record drop appeared to come out of nowhere. However, I think it underscored something I’ve been saying for years…

A stock market pumped up by central bank manipulation, not genuine economic activity, is incredibly fragile.

At this point, it wouldn’t take much to prick the massive bubble in the financial markets.

As I’ll explain in a moment, I think the next financial crisis is coming soon. And when it hits, it will mean big things for both gold and “green gold.”

In August 1929, the Fed raised interest rates and effectively ended the easy credit.

Only a few months later, the bubble burst on Black Tuesday. The Dow lost over 12% that day. It was the most devastating stock market crash in the US up to that point. It also signaled the beginning of the Great Depression.

The economy has been on life support since the 2008 financial crisis. The Fed has pumped it up with unprecedented amounts of “stimulus.” This has created enormous distortions and misallocations of capital that need to be flushed.

Just think of the trillions of dollars in money printing programs—euphemistically called quantitative easing (QE) 1, 2, and 3.

Meanwhile, with zero and even negative interest rates in many countries, rates are the lowest they’ve been in 5,000 years of recorded human history.

Unfortunately, the Fed has warped the economy far more drastically than it did in the ’20s. I expect the resulting crash to be that much bigger.

For one, the too-big-to-fail banks are even bigger now than they were in 2008. They have more derivatives, and they’re much more dangerous.

As the February 5 record drop showed, even the smallest pin could prick the massive bubble in the financial markets.

Of course, problems of this magnitude also create huge opportunities… 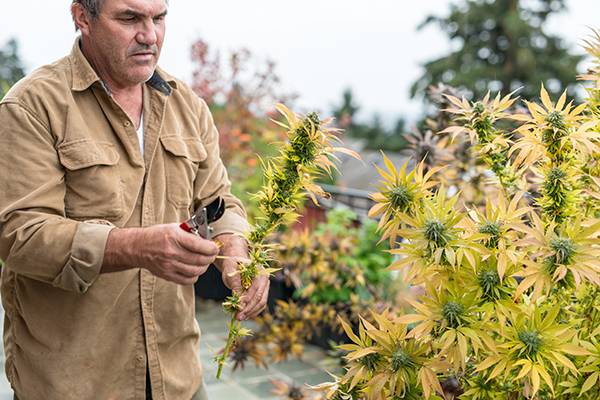 We’re in the middle of the biggest pot boom of our lifetime. But marijuana is federally illegal in the U.S. Today’s biggest opportunities to profit from the most lucrative cash crop on earth are in Canada. The Pot Stock Millionaire Summit reveals the smart way to invest in some of the biggest marijuana farms and producers on earth. And these Canadian pot stocks all trade on the U.S. exchanges. The Pot Stock Millionarie Summit is free to attend. All you have to do is reserve your spot by clicking here.

Yesterday I told you that unfunded public pension liabilities in the US are surging. They’ve surpassed $5 trillion. And that’s during an epic stock and bond market bubble.

On the other hand, matching liabilities with fixed income investments has become impossible, thanks to the Fed and the historic bubble it’s created in the bond market.

In the ’50s and ’60s, government pension funds were, on average, over 90% invested in bonds and cash.

Most importantly, they were structured so that assets matched future liabilities. It was conservative, and it made sense. That’s not how public pensions look today.

So, pensions have turned to riskier assets like stocks, real estate, and alternative investments. This has made them even more flimsy.

Incredibly, despite the eye-watering returns in the bond and stock markets over the past 10 years, pension liabilities have still gone up.

Likewise, it’s mathematically impossible to solve the pension crisis by raising taxes. Even if tax rates double in troubled states and cities, it still won’t solve the problem.

There’s no way around it. The next major correction in the stock market will collapse many public pension plans.

And that probably isn’t far off. There are a lot of pins out there that could prick the massive bubble in the financial markets…

The Fed is raising interest rates and pulling the plug on the extraordinary measures it’s had in place since the 2008 crisis.

Trump has pushed the US into a full-blown trade war that’s getting ugly fast.

If you agree that marijuana legalization is inevitable. And want to know 5 pot stocks that are set to soar when Canada legalizes recreational pot… then you’re invited to attend the Pot Stock Millionaire Summit.  Special guest Doug Casey will reveal how he became a marijuana millionaire with one penny pot stock. And you’ll discover 5 marijuana stocks set to soar in 2018.

What This Means for Gold

Eventually, the Federal Reserve will paper over the pension crisis by printing currency. Why default outright when it can simply print more funny money?

Ultimately, it will trade a local debt crisis for a national currency crisis. And many states will effectively default on their pension obligations anyway, since they’ll make those pension payouts with depreciated dollars.

The pension crisis has clear investment implications for gold.

When the government tries to “solve” the pension crisis with the printing press, I expect investors to rush into gold.

Gold has been a reliable safe-haven asset for thousands of years. Unlike paper money, it has intrinsic value. That value does not depend on a politician’s promise.

I think gold will reach not just multi-year highs, but all-time highs.

It Will Also Boost “Green Gold”

As I mentioned yesterday, the pension crisis is going to make states desperate for every penny they can get. Because of that, I expect more states to further loosen their marijuana laws this year as they look for more revenue sources.

Just look at what’s happened in Colorado, which legalized recreational marijuana in 2012.

By 2017, cannabis sales doubled to $1.5 billion annually. That translates into about $250 million in tax revenue for the state. Notably, cannabis sales in Aspen now exceed liquor sales.

A decade ago, Colorado was receiving zero dollars in marijuana taxes.

Washington state generated over $200 million in cannabis-related taxes in 2017. After four years, that number is expected to exceed $1 billion.

In many of the states that have or will legalize cannabis, the tax revenue will exceed that of alcohol and tobacco. That’s not something a cash-strapped state can turn away from.

Cannabis tax revenue will become a permanent part of many state budgets. This will encourage other states to follow suit.

Just look at California, where recreational marijuana became legal in January. A recent study estimated that cannabis taxes would hand the state at least $1.4 billion annually.

That’s a lot of money. But it isn’t going to cover California’s $750 billion in unfunded public pension debt.

But, here’s the thing…

For investors in the marijuana industry, legalizing pot doesn’t have to solve the pension crisis.

I’m betting that the pension crisis will boost the US marijuana industry. When you’re flat broke—as many states are—you’ll bend over and pick up every last penny off the ground.

The pension crisis is already forcing states to look for new sources of revenue. Inevitably, and probably soon, they’ll find the economic benefits of legalized marijuana too good to pass up.

P.S. You may recall the movie The Big Short. It follows a small band of hedge funds that bet against the faltering US housing market. For these funds, the 2008 financial crisis was the biggest money-maker in generations.

Today, I think the pension crisis—and the boost it will give to the growing legal marijuana market—presents an even bigger opportunity.

My mentor Doug Casey and I will cover all the details during an upcoming online event, the Marijuana Millionaire Summit.

I want to personally invite you to join me and Doug—along with our colleague Justin Spittler—at this free online event on Thursday, April 26 at 8pm Eastern. You can reserve your spot by clicking here.​